Stay up to date with our newsletters.

In News
By Michele Trapletti

GARDA BALUSTRADES BY ALUVETRO GIVE SAFETY AND VISIBILITY TO ALLIANZ CLOUD IN MILAN (PALALIDO).
It is called “Allianz Cloud” to recall the cloud shape in Palalido in Piazza Stuparic: the insurance and financial group has, in fact, been awarded the naming and sponsorship rights for five years from the inauguration.
Palalido, conceived as a contemporary and efficient system based on universal accessibility criteria, not only for spectators, but also for athletes with disabilities, was opened again in mid-June 2019 after extensive renovation work that has enabled to reconstruct a piece of the city’s sports history.
The building was inaugurated in December 1961 in Milan and used for various sports activities including volleyball, boxing and basketball. It was closed in 2010, because the overall installation was no longer up to standard, and was demolished in 2012.

THE PROJECT
The project involved the renovation of the roofing and the increase in capacity of the former Palalido  (ranging from 5,056 to 5,318 spectators depending on the configuration of the removable grandstands) as well as the construction of mechanical systems, air conditioning, plumbing, fire protection  and related electrical systems, and , last but not least, reorganization of the outside area.  The work was carried out by Kostruttiva scpa and Sicrea Group from Reggio Emilia. It will host a wide range of sports, as well as activities such as concerts, exhibitions, conferences, events and conventions. The sporting vocation of Palalido will, however, remain. 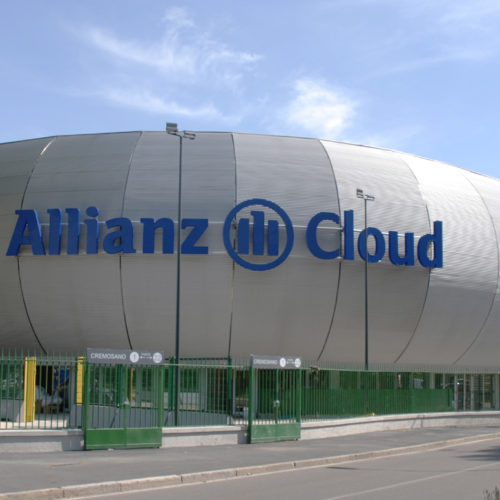 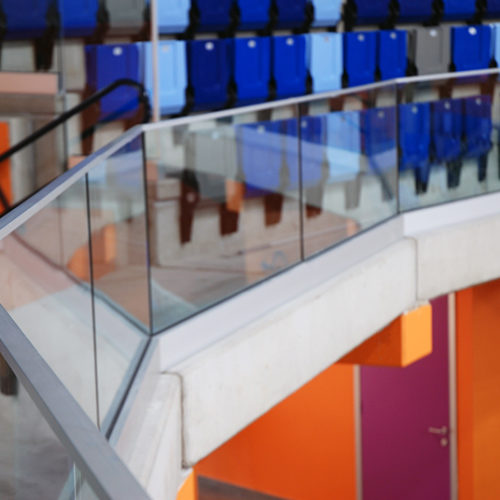 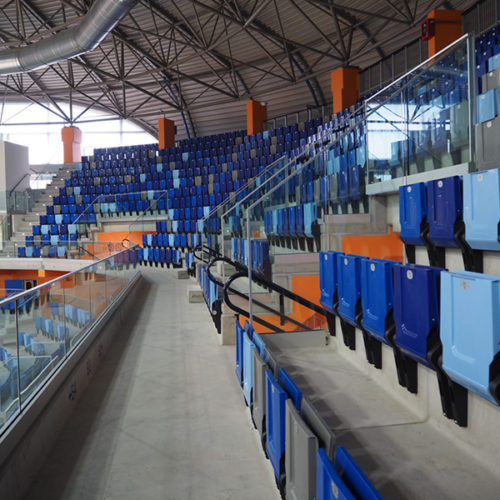 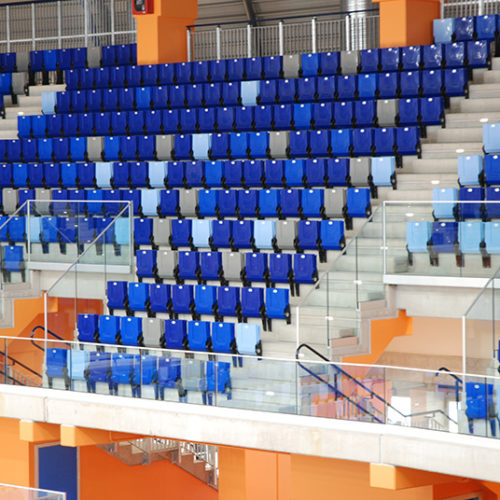 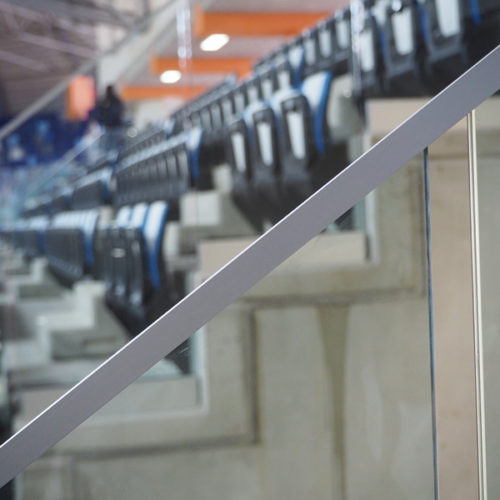 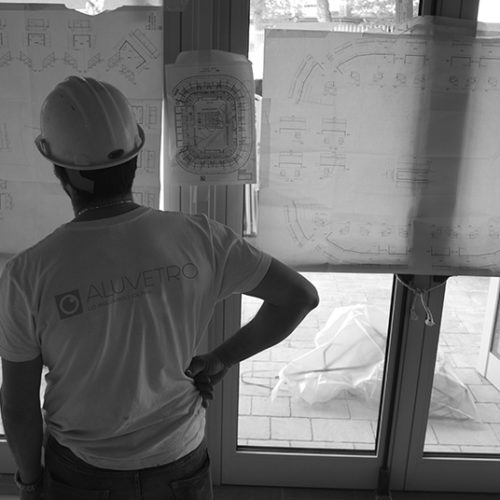 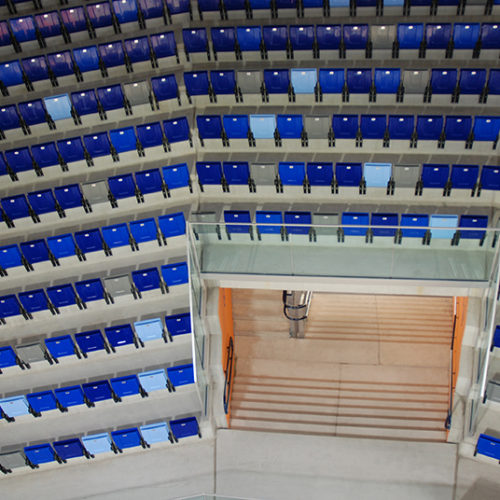 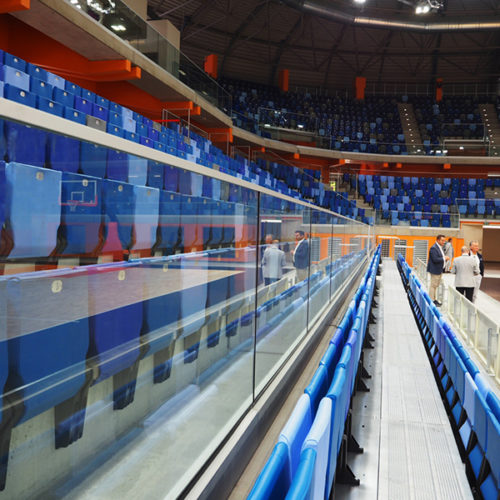 ALUVETRO GARDA BALUSTRADES FOR PALALIDO: THE IDEAL CHOICE FOR SAFETY AND VISIBILITY
Garda balustrades for outdoor and indoor offer maximum transparency and very high resistance without obstructing the view: this feature makes them the ideal choice for installation in stadiums and sports centres, where safety and visibility are fundamental
Garda balustrades used to separate the rings of the stands in the project of the new Palalido in Milan differ in the type of fixing according to position: the use of Garda FS 300 and Garda SP 300, in particular (fixed to the ground or the sides of concrete curbs) with handrails in Mini aluminium, in reference to the  standard for sports facilities prescribed in this project which provides for its use on horizontal and vertical edges.
In general, the choice of the solution is made according to a number of variables such as fixing system, design load, compliance with regulations, water disposal, type of glass, cover casing, customizations: for the Palalido project careful professional technical consultancy has enabled us to evaluate and every aspect of the project and, above all, the correct choice for a particular intended use as well for possible stresses and pressures.
Collaboration was carried out thanks to the preliminary analysis of the project to adapt the choice of materials according to the latest regulatory updates that made the indications of the parapets envisaged in the specifications obsolete.
This was followed by drafts and feasibility study, regulatory adjustments, static checks relating to the various fixing nodes, executive design with choice of the solution to be adopted, on-site checks and testing with the Giordano Institute before manufacturing and installing the balustrade system and concluded with the technical management of installation activities.
The system used and installed has thermal-tempered glass which is laminated with rigid interlayers which, in addition to complying with regulatory choices, also guarantee greater safety for spectators.

TESTS
Technicians from the Giordano Institute performed preventive testing with thrust tests for leak and displacement checks. The project load of 300 kg/m is increased by the safety coefficient required by regulations, for a total of 450 kg/m: the values reached during the test, which are particularly relevant, showed thrust values of 900 kg/m going well beyond the limits set by the regulations. 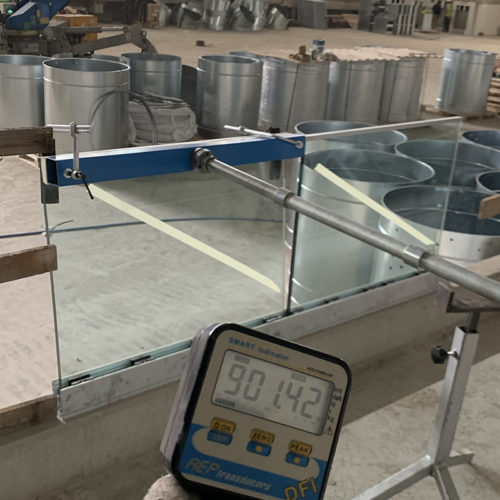 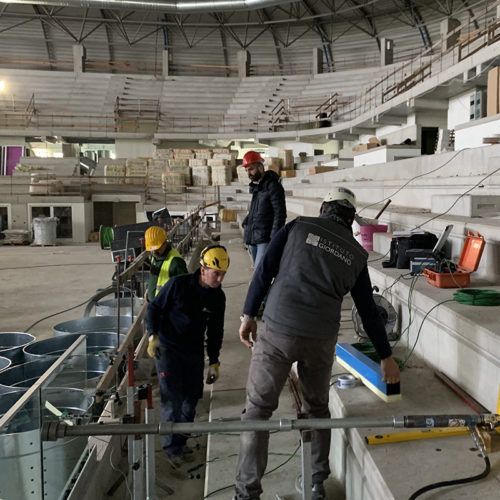 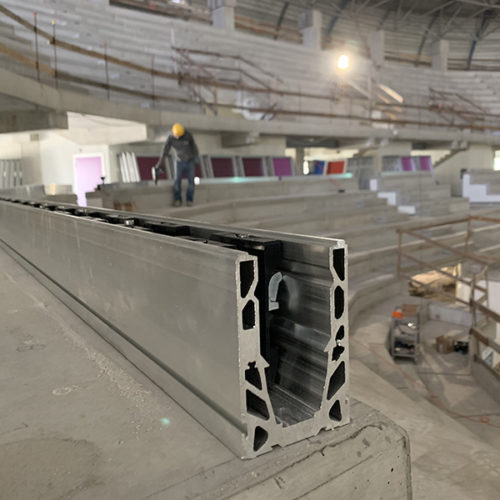 Next news
Array
Do NOT follow this link or you will be banned from the site!